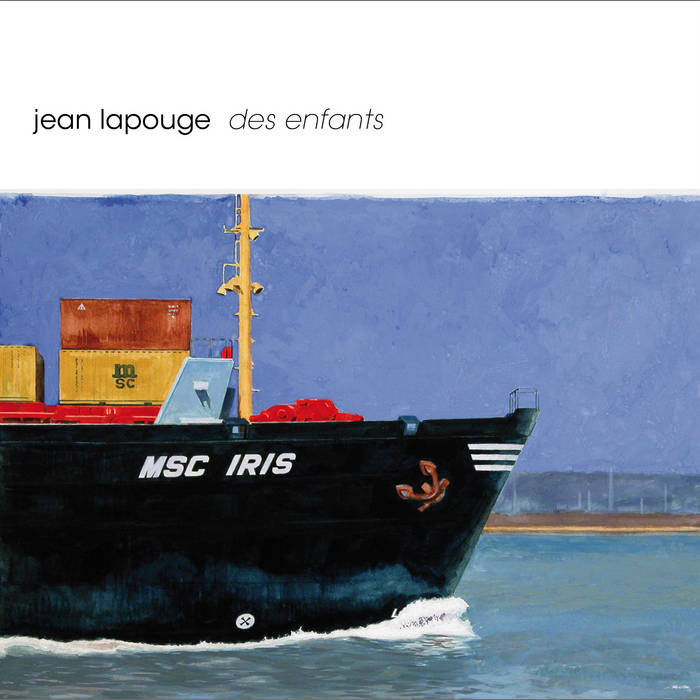 
The music of Jean Lapouge is quite unlike anything else around. His trio of guitar, vibes, and trombone is an unusual combination in and of itself, but it’s the music where the differentiation really sets in. Lapouge’s trio creates animated, charming tunes that are heartwarmingly strange.
And on the heels of his 2011 release Temporare, he’s recorded some of the most pleasantly compelling music of the last two years.
Your album personnel: Jean Lapouge (guitar, guitar synthesizer), Christiane Bopp (trombone), and Christian Paboeuf (vibes, oboe, bass flute).
Lapouge was influenced early in his guitar studies by both John McLaughlin’s work on Miles Davis’s Bitches Brew and the emergence of prog-rock pioneers Soft Machine. Later, in the 1980s, he helped found the Noetra Collective, a group that mixed jazz, rock, and chamber music. In many ways, that same mix informs his music of today.
This music is a mix of curious bursts of restrained dissonance and thick brush strokes of lullaby serenity. Trombone is hands-on with the melodies… long sonorous notes, syrupy and inviting. Guitar adds color, often gives some sharp twang to cut away at trombone’s syrupy thickness. Vibes deliver more of a percussive element, though with its inherently bright and shiny notes, vibes often act like fireflies in the dark forest. Oboe and bass flute make a guest appearance, adding flavor to an already unconventional profile.
The album opens with “Des Enfants,” and a beautiful statement of melody by trombone, and ends with guitar and vibes skittering around a restatement of the melody that is just too damn nifty.
Second track “13 Etrange” gets closer to the prog influence. Odd pulsing tempos, shiny effects, and deconstructed melodies. I also find it reminiscent of the Andy Summers – Robert Fripp duo album I Advance Masked.
“Two Days Before” is a jaunty tune of vibes and trombone playing leapfrog and guitar skips circles around them, and ends with rapid-punch combos from trombone.
Fourth track “Les Americains” rises up and down in a series of steps, sometimes clattering to the floor, sometimes taking launching up into the clouds. Poboeuf brings out the oboe, and its sharp calls matched the pretty sparkle of Lapouge’s guitar brings together two opposing sounds in one majestic rippling current.
“Demain il Fera Beau” has the comfort of immersion in a cocoon of darkness, and the uncertainty of feeling ones way through it without falling. It’s album tunes like these that evoke echoes of Bill Frisell’s equally curious album Quartet, which also featured guitar and trombone, with trumpet and violin and tuba as the collaborators.
Sixth track “Les Soldats” is a slight return to the melody of “Les Americains,” mirroring the pace and change in altitudes, but where the previous track focused more on the rhythmic aspect of the composition, this one explores the tune’s atmospheric possibilities.
The album ends with “Sombre, a muted piece that lets silence fill in the blanks with an appealing density,” giving it a sense of clouds thick with rain. Trombone emits bursts of whimsical phrases, repeating a motif while vibes and guitar hold hands and offer complementary notes that hang frozen in the air as trombone rises and falls with just a little bit of abandon. It ends with the same enchanting beauty with which it began.
This music was actually recorded between 2005 and 2007, not long before the Temporare session. For various reasons, Lapouge didn’t release it until this year. Thankfully, he did, and thankfully, it still sounds fresh and mysterious and sublime. Currently working with a trio of guitar, cello, and drums, Lapouge is looking to have a new release out with the new trio before long.

Lapouge’s trio of guitar, trombone, and vibes is both soothing and eerie. Reminiscent of the Bill Frisell recording Quartet with a bit of 80s ambient prog-rock thrown in for good measure. I am persistently drawn to this little mystery of an album. It sounds so different, yet so simple in its delivery, that while I find it challenging on many levels, nothing about the music presents an obstacle to just sitting back and disengaging. It’s lack of conventionalism only adds to this album’s beauty.


Jean Lapouge, Des Enfants: Amazing trio of Lapouge on guitar, Christian Paboeuf on vibes, and Christiane Bopp on trombone. Really nothing else out there that sounds like this. Odd and eccentric in just the right ways. It was recorded right around the same time as Lapouge’s last release, the terrific Temporare, but where Temporare lent more to the moody side of the spectrum, Des Enfants emits a bit more warmth and brightness. If you’re a fan of Bill Frisell’s album Quartet, then you’ll like this, too. You can’t go wrong with either of these Lapouge recordings. Highly Recommended.


What a cold person you must be not to fall in love with the lullaby melodies of Des Enfants. As opposed to the uneasy serenity of Temporare, this 2012 release employs a far softer touch. And this applies to those tracks that let out a roar like “Les Américains” and those that stomp their boots like “Two Days Before,” just as it does the sing-song title track. But the heart of this album is reflected in how “Les Soldats” lets linger the suggestion that the intensity could suddenly spike, but harnesses that energy, instead, to make a softly spoken melody resonate with incredible strength.

I could listen to this album forever, and I’ve spent the last handful of years proving it. It received the #24 slot on this site Best of 2012. Here’s a link to some reasons why.

Guitarist Jean Lapouge was born in 1953 and was the leader of prog-rock group Noëtra, late 70s, early 80s. (jeanlapouge-english.blogspot.com/.) He published in recent years a handful of discs on trio, using different instrumentation. (www.jeanlapouge.net) ... more

Bandcamp Daily  your guide to the world of Bandcamp